Keen tennis fans and players had the opportunity of playing in coaching sessions and then watching a magnificent display of
professional tennis, as the four celebrities showed everyone
how tennis shoud be played.

Aspect Sports were proud to be able to donate Tennis Ball Dryers, as prizes for the coaching and drills event. Congratulations to everyone on a wonderful day in aid of raising money for the Cystic Fibrosis Trust. 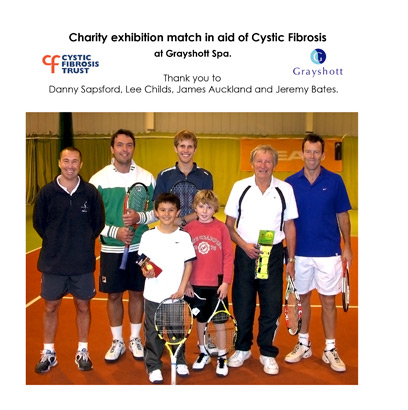